Brand X at the Subway gallery 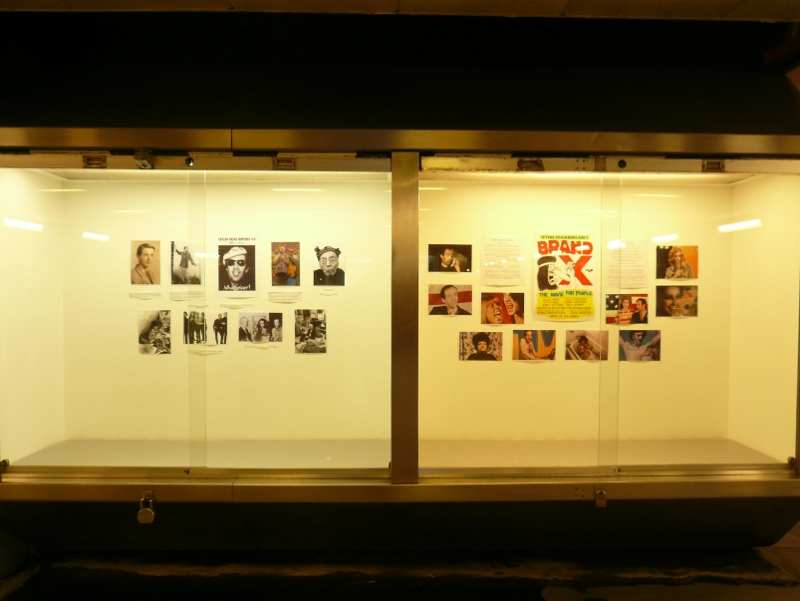 The Subway gallery is a small, but very hip London gallery occupying a probably unique position of being actually, physically underground. The gallery is located in a disused vending kiosk and has for a long time had a reputation as one of the places where “people in the know” go to see interesting new work. The gallery have had over 70 exhibitions since their founding in 2008. and they are also known for their association with, and memorials to Clash Front-man Joe Strummer who passed away in 2002

We were of course thrilled when the Subway decided they would like to do some film events and Brand X was offered the chance to be the first film ever screened there. The gallery was converted into a tiny theater complete with popcorn and also the exhibition “pods”, on the outside of the gallery,were used to house stills from Brand X. Also included was a special space dedicated to Brand X and Warhol Factory star Taylor Mead who passed away earlier this year. The three screenings that were held were a big success and hopefully the Subway will have more film events soon. Whether it is screenings, art exhibitions or photography shows, be sure to check out the Subway gallery