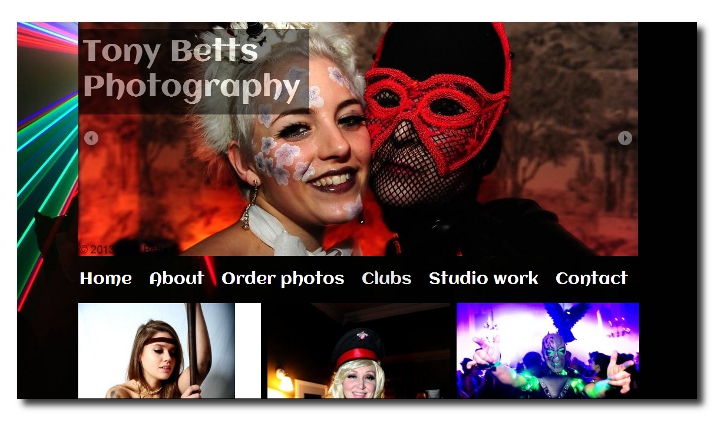 This was a project approached with a bit of trepidation at first, but then growing interest and appreciation. Photographer Tony Betts inhabits a world that many people find disturbing, though it has recently been gaining mainstream acceptance – the London fetish scene. Tony is considered one of the best photographers around and has been called – “The David Bailey of the fetish clubs”

What was needed was a website to showcase Tony years of photographs from London fetish clubs, but also provide a way for the site to easily be updated with new content becasue Tony often covers several clubs in one weekend

WordPress was used and a theme chosen that was good for image blogging. The theme was then customized to give an appropriate look a feel to reflect the subject matter. Various image plugins were added and also plugins to help protect against image theft and provide watermarking

As well as building a website, extensive training was provided, including tailored training guids so that in the future Tony and the people working with him can quickly put up new galleries

The site continues to evolve – recently a section was added for studio work. The next big development will be the addition of eCommerce functionality so that visitors will be able to buy prints or high resolution image downloads directly from the galleries

For an incredible glimpse into an alternative reality do check out the site though note some of the images are NSFW – i.e. not safe for work